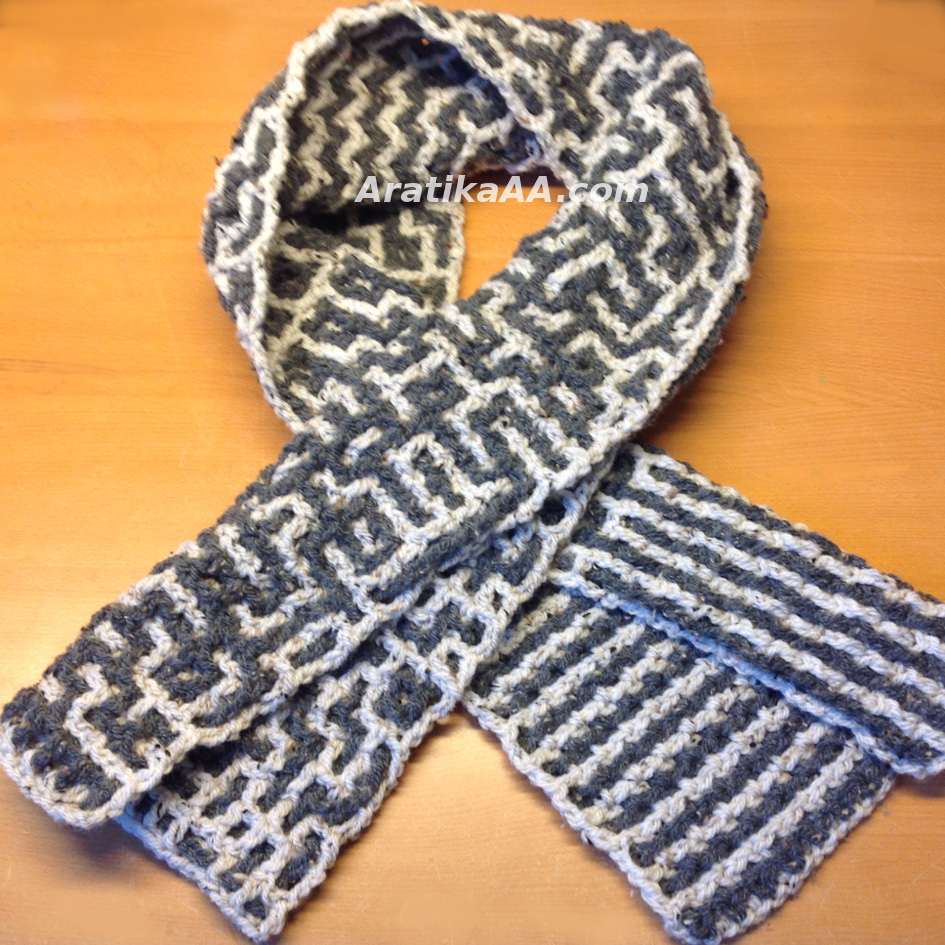 Some years ago I learned about a crochet technique called “intermeshing”.

The picture above shows the “Order to Chaos” scarf — or seen from the other angle — the “Chaos to Order” scarf. This scarf was made in the intermeshing technique and designed especially for my husband.

Once learned however, the intermeshing crochet technique is a quick and easy way to crochet a warm, thick but stretchy fabric, which looks good on both ‘wrong’ and ‘right’ sides.
By using two contrasting yarn colors, it becomes possible to make lots of different stitch pattern variations, some of which require more attention to work than other.

One of the easiest patterns is the vertical stripe pattern, which shows a horizontal stripe on the wrong side of the work.

A more complex pattern looks like a trellis or reminds one of bee hive cells. The picture below shows the front and back sides, which both look equally nice. 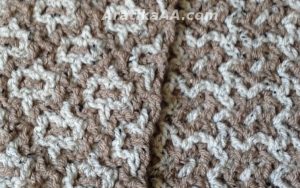 Because of its warm fabric and the geometric nature of the stitch patterns, the intermeshing crochet technique seems ideally suited for ‘man scarves’.

Of course with different color and stitch pattern choices an excellent ‘woman scarf’ could be made as well, but for my husband’s scarf I chose a stark light gray – dark gray contrast.

The stitch patterns shown above are just two examples of patterns I used in my own work; there are many many more variations to choose from.
And many many more can be invented!
Or freeformed! Which is what I did for the “Order to Chaos / Chaos to Order” scarf.

Below are two details from the “Chaos” part of the scarf. 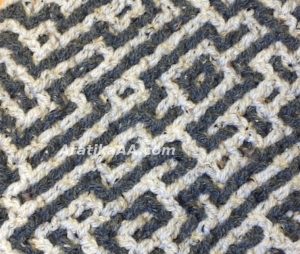 My husband wears his scarf often when it is cold outside and says he is very pleased it.